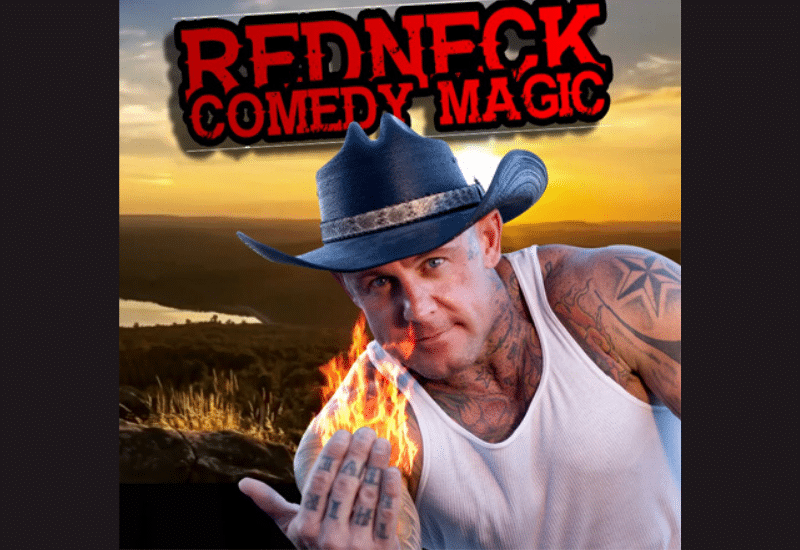 Forget your typical Las Vegas magic show, with its sophisticated, fancy-pants style. Redneck Comedy Magic is straight out of the trailer park and into the spotlight in Las Vegas, with irreverent, boozy humor that makes it stand out from the rest. Playing at The STRAT Hotel, you’ll love James Michael, the YouTube comedian and magician, for his likeable personality and his hilarious act. Mixing trashy humor with actually really impressive street magic, Redneck Comedy Magic is fantastic.

One TripAdvisor reviewer says that James Michael “walks the line of rude and crude without going over the top perfectly”. The audience gets involved in the show a lot, with audience members invited on stage to participate in the craziness. There’s a full bar in the comedy club where you can get cheap drinks, and the show’s 6pm timeslot makes it a perfect starting point for your Vegas night out. This show is for audience members aged 21 and older.