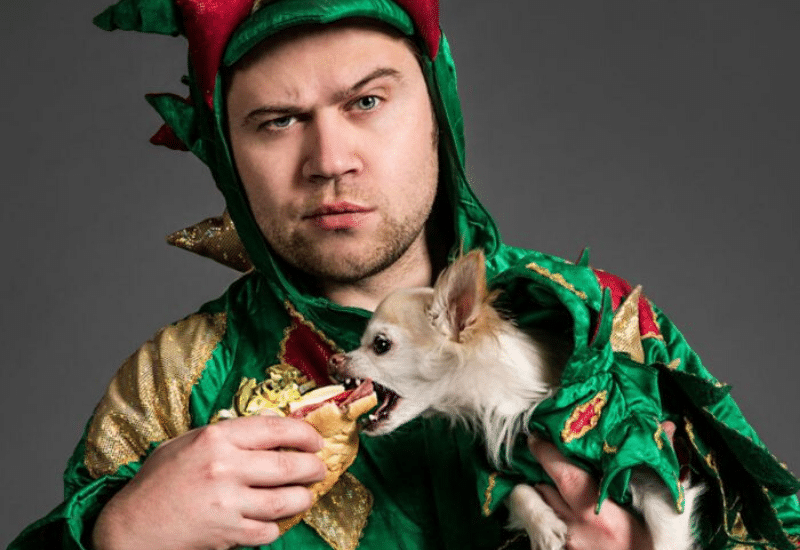 After wowing audiences on America’s Got Talent, and even leaving Penn & Teller dumbfounded in their show “Penn & Teller: Fool Us”, the guy in the dragon suit now has his own Las Vegas show. That’s right, Piff The Magic Dragon is a guy in a dragon suit, who performs with his adorable rescued Chihuahua Mr. Piffles. The unlikely duo’s fantastic combination of magic and comedy has seen their shows sell out night after night.

Mr. Piffles, the world’s only magic performing Chihuahua, has been involved in all kinds of feats like being levitated, and being shot out of a cannon to name just a couple. Variety Magazine named Piff The Magic Dragon one of the 10 comics to watch in 2019, while Best of Las Vegas awarded him “Best Comedian” and “Best Magician”. Piff and Mr. Piffles perform at the Flamingo.