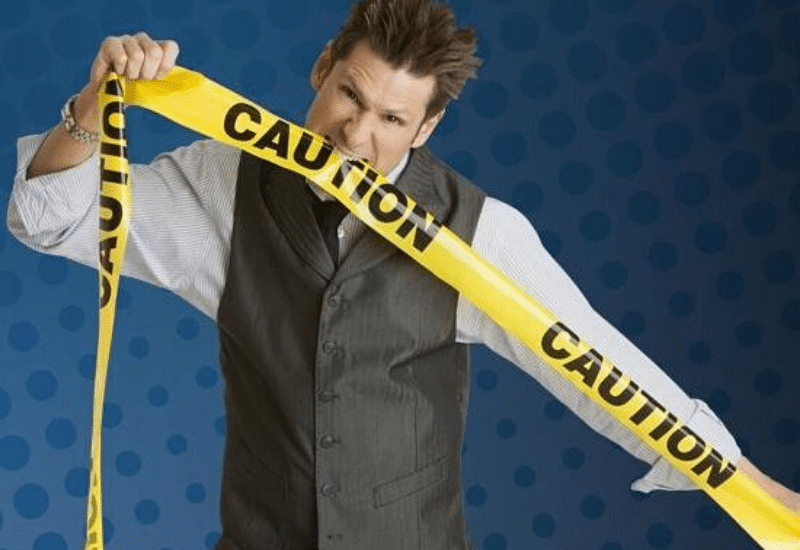 This edgy combination of fast-witted comedy and awe-inspiring magic is described by Criss Angel as the “Funniest Magic Show in Vegas”. Performing at Four Queens Hotel and Casino in Downtown Las Vegas, Mike Hammer brings his 25 years of performing experience to the table in this electrifying show. From swallowing razor blades to reading minds, Mike Hammer nails it.

You may recognize Mike Hammer from his appearance on “Penn & Tellers Fool Us” or his appearances on A&E TV. He has a sharp, quick wit and an engaging personality that connects with the audience. Because of the large amount of audience participation, each Mike Hammer Comedy Magic show is different from the last.