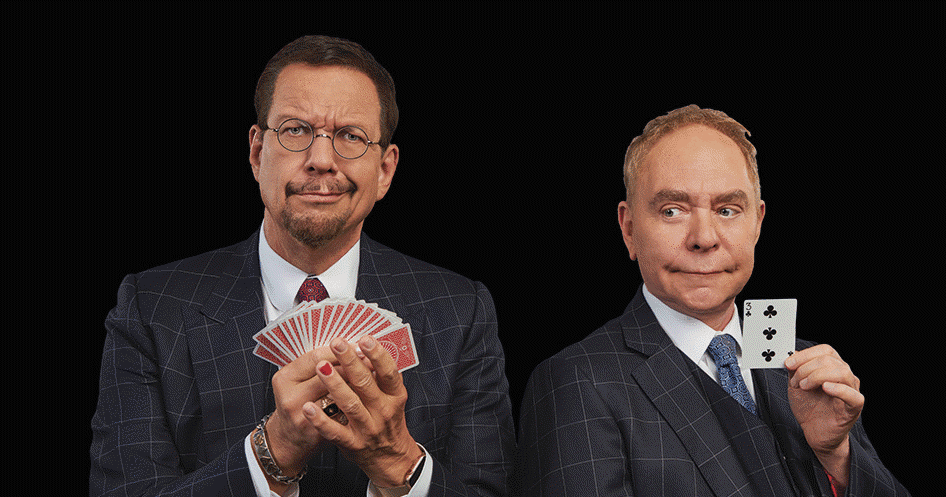 You may know Penn & Teller from their award-winning television series “Penn & Teller: BS!”, or maybe you’ve heard them called the Bad Boys of Magic for revealing the secrets behind magic tricks and making other magicians very angry. Penn (the tall and talkative one) and Teller (the silent, short one) have been performing their unique blend of comedy and magic at The Rio for more than 25 years. Los Angeles Times calls it “…the single best show in Vegas”.

Penn & Teller’s act includes large-scale illusions, intricate sleight-of-hand tricks, and entertaining stories interspersed throughout that make you feel connected with them. Indeed, they love their fans, and even hold a meet-and-greet after the show for anyone who purchased a ticket.