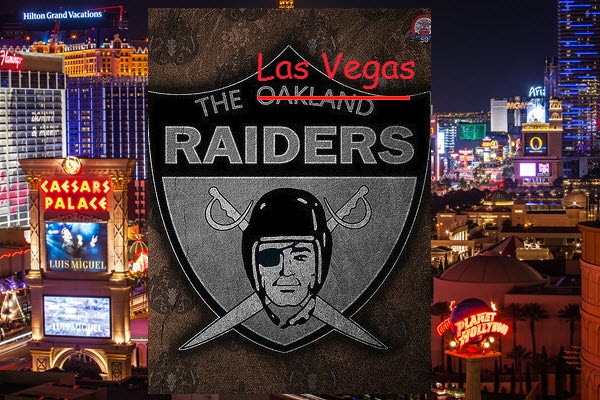 The Oakland Raiders are moving from California to Las Vegas.  A brand new $1.9 billion dollar 65,000 seat domed stadium will be waiting for them. The team is expected to complete the move and begin playing in Vegas for the 2019 or 2020 football season. At that time their name will be officially changed to the “Las Vegas Raiders.” 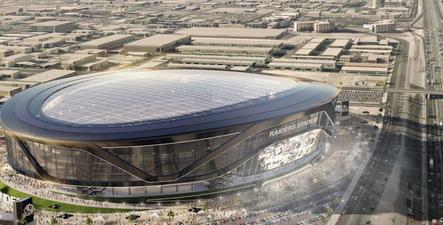 The domed stadium will have a clear roof with a silver and black exterior. Fans will be in for a real treat when the giant retractable side window shades give them a grand view of the Las Vegas Strip. At a value of $2 billion, everything will be state-of-the art when it is finished.

The Oakland Raiders started in Oakland, California in 1960. The original name based on a naming contest was supposed to be the “Oakland Seniors,” but common sense took over and they changed it to the Raiders. After a lot of controversy, they later moved to Los Angeles, CA in 1982. However, in 1995 they returned back to their home roots in Oakland.

On 3/27/2017, after a 31-1 vote by NFL owners, approval was given to move the football team to Las Vegas, Nevada. The only vote against it was by Miami Dolphins owner Stephen Ross who put in $500M to fix his own stadium. He felt the raiders should have stayed in Oakland and just invest in a better stadium. 24 votes were needed to gain approval. NFL commissioner Roger Goodell tried his best to keep the team in Oakland, and Raiders owner Mark Davis, who was born in Oakland, said that Oakland will always be part of the teams DNA. However, no viable business plan was presented to keep them in Oakland.

The team just needed a better stadium. They were sharing it with the Oakland Athletics Major League baseball team. A new $1.3 billion dollar stadium in Oakland was proposed, but it just could not compete with the Las Vegas offer and all the perks around it. Many loyal Oakland Raider fans, with some that have been watching them since the 1960’s are feeling a bit betrayed and frustrated. However, the team had to do what was best for them and it will be a definite benefit for the city of Las Vegas. The Raiders are putting in $1B to build the stadium and the rest is being publicly funded.

One strange thing we found by doing a “whois” lookup of the domain name lasvegasraiders.com is that it was registered back in 1998 by Oakland Raiders owner Mark Davis. At the time, Mark’s father, Al Davis was the owner and Mark’s future ownership status was not even known. It is incredible that he had the foresight to register it close to 20 years earlier and on Christmas day as well!

Despite all the sports betting in Vegas, the NFL has not changed their stance about being against it. They are even planning to open a legal brothel based on the Las Vegas Raiders with discounts for players and staff. What do you think of the move? Please comment below.