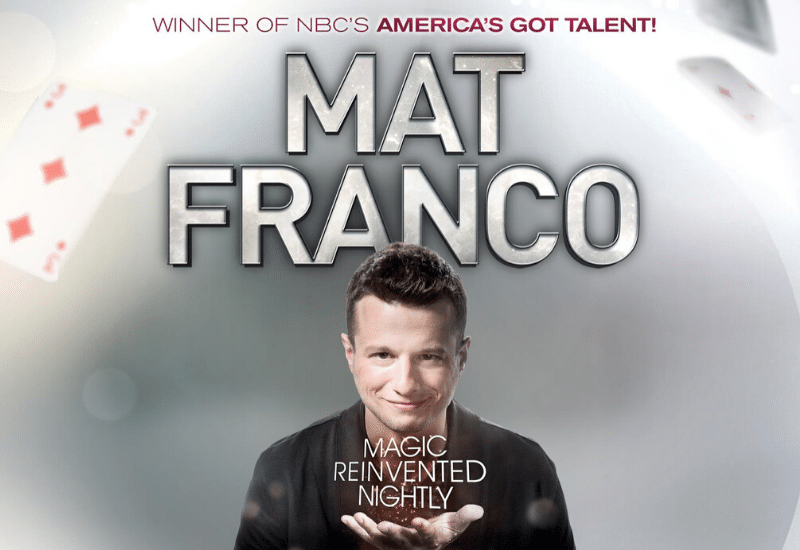 Forbes calls this show one of “The 5 Best Shows To See In Las Vegas Right Now”, and it’s no surprise. Mat Franco, the winner of NBC’s “America’s Got Talent”, is absolutely captivating. His unique style of light-hearted, laid-back magic is quite different from other magicians out there, who generally go for a dark and mysterious feel. Instead, he captivates the audience and draws them in with his natural wit.

Mat Franco, who performs at The Linq Hotel, uses a lot of improvisation and audience interaction in his show, which results in no two performances being the same. His Magic Reinvented Nightly show lets you see favorite illusions you’ve seen on his TV show, as well as incredible new acts that will leave you dumbfounded. Los Angeles Times calls Franco “The magician changing the game”, and you will see why when you go to this show.