The Cosmopolitan Of Las Vegas from $122/nt

Las Vegas Roulette Rules. How to Play Roulette and Win 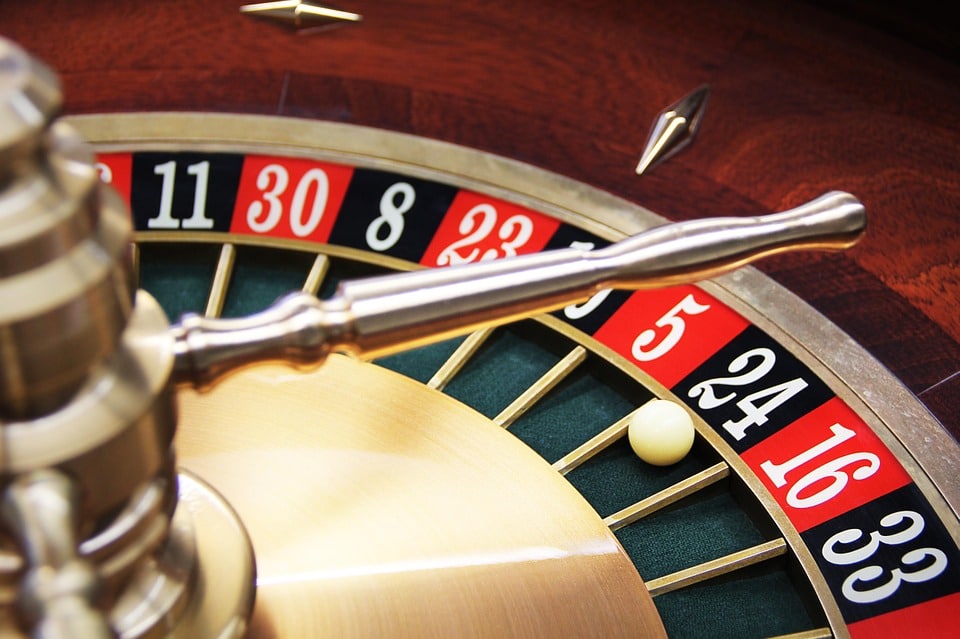 Roulette, or Rulet as it is sometimes called, is one of the most popular games of chance. For the most part, the rules for playing are pretty much the same all over, but there are minor variations. You will find the game of roulette in casinos all over the world, from Monte Carlo to Las Vegas, as well as in online casinos.

Often featured in James Bond movies, there is an aura of glamour, mystery and romance surrounding roulette. Some have said winning the game requires a pact with the devil because the numbers on the wheel add up to 666 (we actually added them up and verified it). It has been played in one form or another since the 17th century. The name itself is French for “little wheel.”

The game is played with players standing or sitting around the roulette table. On the table is a wheel with the numbers 1 to 36. The wheel also has a zero and most American casinos have a wheel with two zeros (0 and 00). As the wheel spins the croupier starts a small ball spinning in the opposite direction. When the wheel slows the ball will land in one of the numbered slots. Players can continue to place bets as the ball spins around the wheel until the dealer announces no more bets.

Half of the numbers have a red background and the other half a black background. Traditionally, the zero has a green background. Aside from the roulette wheel, the rest of the table layout shows various bets that you can make by placing your chips on them. It is here that fortunes have been made and lost.

Below is a layout of a Las Vegas roulette table with the different bet types.

Inside bets are among the most popular and fun bets. The payouts can be large, but they also have some of the lowest odds of winning. These are bets made on the chart of the various numbers 1 to 36 and zero. Just put a chip down in the middle of the square with the number you select. If it comes up, it pays 35-to-1. It is called a straight up bet. You can make as many bets as you like as long as it is above the table minimum. Casinos will post the minimum inside bet amounts. With inside bets, the minimum is the total bet across the table, so for example, with a $5 minimum, you could bet one dollar on 5 different numbers.

The red and black number squares also form lines around them. These lines are called streets. By putting a chip on the street between 2 numbers, called a split bet, you will win if either one of them comes up on the spin. It will pay 17-to-1.

You can bet on any of the three columns (column bet). If a number in that column wins, you will be paid 2-to-1. The 36 numbers are broken up into 3 dozens; they are called the first dozen, second dozen and third dozen. You can bet on these groups, called a dozen bet. If the dozen you select has the winning number, it pays 2-to-1. The chart shown above illustrates these various bets and how to place them.

Unlike inside bets, the table minimums for outside bets apply to a single bet.  If the tables has a posted $5 inside minimum bet, you must wager at least $5 for each individual bet.

You will also find some major Vegas casinos with triple zero roulette tables. These wheels have an extra slot for 000, or they may use a different symbol related to the hotel. For many reasons, you should just avoid them. The odds are exactly the same as regular double zero roulette, but you have an extra chance of losing on each spin, giving the house a significant edge. The only benefit might be lower minimum bets that are used to entice people to play this game more.

The bets that have been presented should be considered as tools for your betting strategy at the roulette table. You must realize that no matter what bet you make, the casino has an edge in their favor. There are people who make money selling instructions on how to win at roulette. Save your money. If they really had something that worked they would use it for themselves and wouldn’t need to earn a few dollars selling fake gambling schemes.

It is possible to win money at roulette. If there were no winners, people would not play the game. Obviously, having amazingly good luck is one way to win, but here is another approach: You can play close to even with the casino, and when you win some money, get up and walk away with a profit. If the winnings do not happen, you have not lost much money because you are playing close to even with the house. You will never play perfectly even, but there are ways to play very close to it.

One way to play close to even with the casino is to stick to the even money bets discussed, such as red or black, high or low, odd or even. Always keep in mind that the house has a small percentage in their favor, such as when the ball lands on zero or double zero and all bets are lost, except of course if you played zero.

With this method there is no guarantee of winning, but you will have the best chance. The idea is to not lose too much or too rapidly, and leave when the tide of battle turns slightly in your favor. Albert Einstein is reputed to have said that the only way to always make money at a roulette table is to steal it!

A few of the roulette systems that have become popular (and do not work) are: The Martingale in which you keep doubling your bet until you win or hit the house limit. The D’Alembert System which would have you add a unit to your bet when you lose, and subtract a unit from your bet when you win. There is also a reverse of this, so you add a unit when you win and subtract when you lose. Neither one of these work well because before you know it you are betting large amounts just to make a very small profit with even odds of winnings. With Martingale, you can also hit the house limit which prevents you from doubling your bet again.

Another of these methods that refuse to die is the Labouchére System. With it, you write down a series of 7 or 8 numbers. You add the front and back numbers together and that is the amount of your bet. If you win, cross off the first and last numbers and bet the amount of the new first and last numbers. If you lose the initial bet, add the amount you lost to the end of the series as the new last number. Your next bet is the total of that number plus the first number. The idea is to cross off all of the numbers at which time you will show a profit. It is complicated, annoying, and worst of all will quickly do violence to your bankroll.

Okay, so you have decided on the bet type (we highly suggest even-money outside bets, like red or black). The next question is on the specific outcome. Do you bet black or red, odd or even? If you decide to take a chance and play specific numbers, which numbers do you select?

Despite what you may have heard and what the casinos want you to believe. It does not matter. Every number on the roulette board has the exact same chance of coming up and is independent of previous spins. The casinos often provide a marquee that has previous outcomes, but that is just to satisfy the false sense people refuse to give up on about the connection between future and previous results. It also causes many people to make careless high bets on spins that have no increased chance of making them win, which only benefits the casino. You can have a table with 20 or even 100 blacks in a row, but there is absolute no reason to bet any higher on red because of it. The wheel has no memory of past events. I can’t stress enough about the importance of this statement.

Stay with simple even money bets and the strategy outlined. Good Luck.