The Cosmopolitan Of Las Vegas from $113/nt

Delano Las Vegas at Mandalay Bay
from $73/nt
Get $60 in Food & Beverage Each Night! 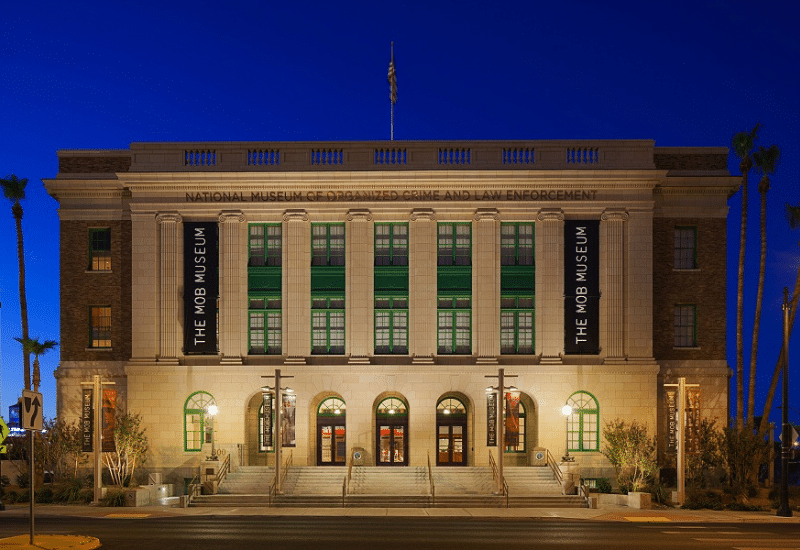 This museum of organized crime is located right in the heart of Downtown Las Vegas, which is the “old Vegas” where a lot of the original buildings are. This particular building used to be the Federal Courthouse of Las Vegas, and it was where the famous Kefauver hearings were held. The Mob Museum gives you a look at the history of the mob not only in Vegas, but around the world.

Listen in on an actual historical conversation in the wire-tapping exhibit. Step into a lineup and make believe that you’re a criminal suspect. Test your skill firing an FBI firearm in a shooting simulation. You’ll get to see personal items that belonged to mob legends like Al Capone and Charlie Luciano, as well as hundreds of photographs. We love the basement-level prohibition-era speakeasy, complete with 1920s era cocktails and décor.