Luxor Hotel and Casino from $24/nt

The Mansion at MGM Grand 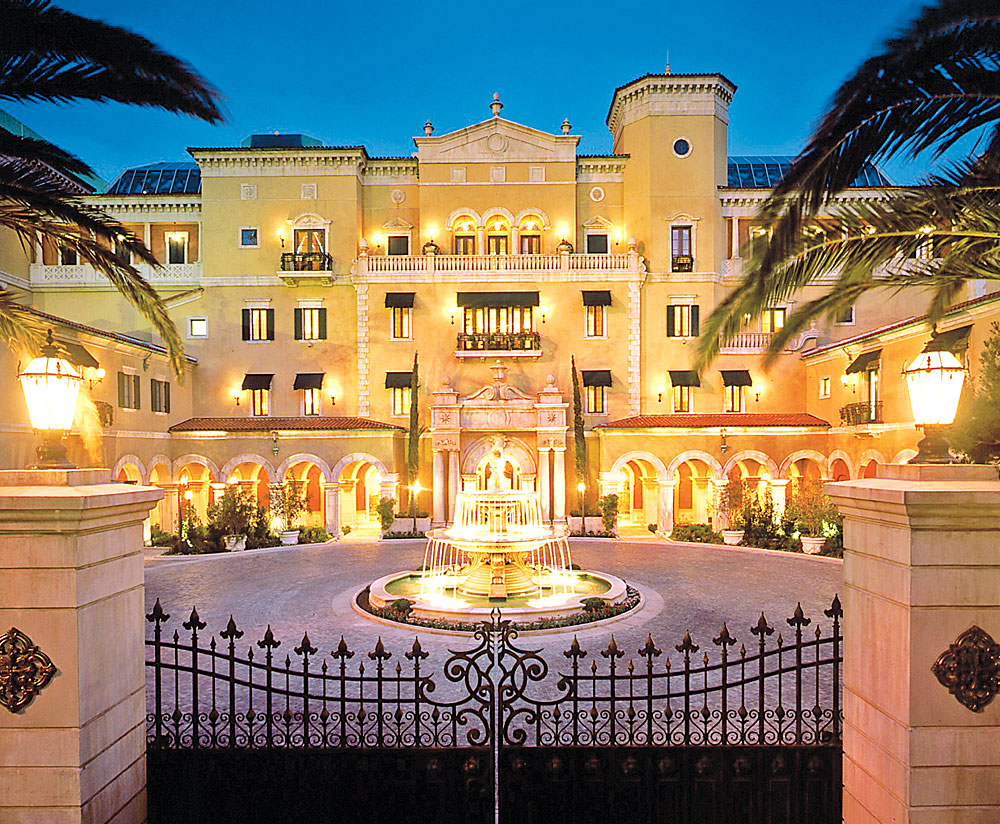 Tucked away behind the MGM Grand Hotel is what some may call the best kept secret in Las Vegas: The Mansion at MGM Grand.

The Mansion at The MGM Grand is modeled after an 18th century Florentine villa, and each of the 29 accommodations has its own private butler available around the clock. The Mansion’s amenities include a lavish dining room, private pool and spa, as well as two chefs–one specializing in Asian cuisine, the other Continental–on-call to cook for you. (Catering is extra.) 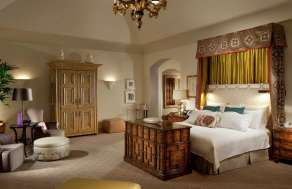 The smallest villa is 2,400 square feet, but they range up to 12,000 square feet. If you’re looking for a mansion-away-from-mansion, the staff members, who pick you up at the airport in a Rolls-Royce and remember your favorite wine, flowers and newspapers from last time, will make it worthwhile.

Also included are a private casino, two spas, high-tech screening and conference rooms, and $1 million worth of area rugs. No expense was spared in creating this exquisite property, which includes 30 apartment-style villas (each with its own indoor pool).

It is considered to be one of the most expensive hotels in the world with prices starting at $5,000 per night and going up to $25,000. It has maintained its exclusive status and is strictly off-limits to the general public. However, you may catch a partial view of it from some of the hotel rooms at MGM Grand. If you can afford it and want the best money can buy, then this may be the perfect hotel for you! Reservations at this exclusive MGM Grand resort can be made by contacting us.